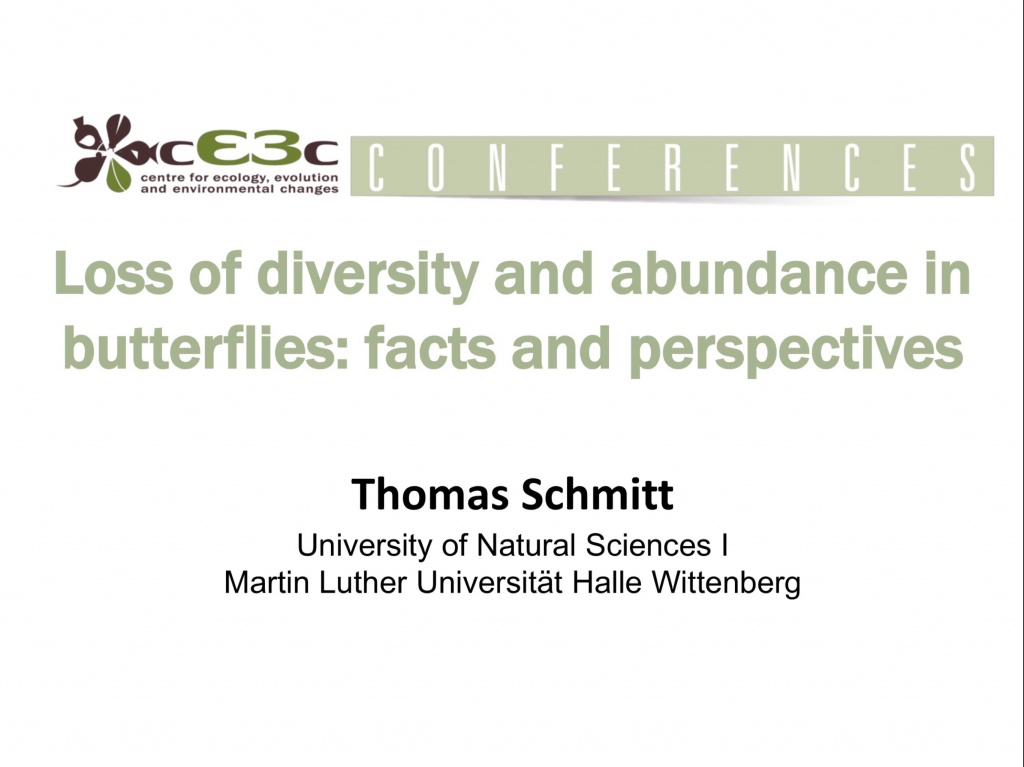 Loss of diversity and abundance in butterflies: facts and perspectives

Butterflies are valuable indicators of habitat quality and ecosystem health. As butterflies have long been the most studied group of invertebrates and still are, time series can be traced back into the past, in some cases even reaching back to the 19 th century. Such data allow evaluating the losses having taken place since then. An analysis of the ecological groups of species vanishing at specific time windows is well mirroring the stepwise changes in the landscapes and, more recently, the climatic changes. Further studies of single species foster our understanding of why these species cannot survive in landscapes of intensive agriculture, but also allow postulating what could be done for maintaining butterfly diversity and hereby biodiversity in general. In this talk, examples of time series of butterflies in Central Europe are presented and perspectives in nature conservation are discussed.

1989-1996: Undergraduate studies in Biology and Romanistics in Saarbrücken and Lisbonne

1996-1999: PhD in Ecology in the Ecology group of Alfred Seitz, University of Mainz

2001-2003: Postdoc in the Biogeography group of Paul Müller, University of Trier