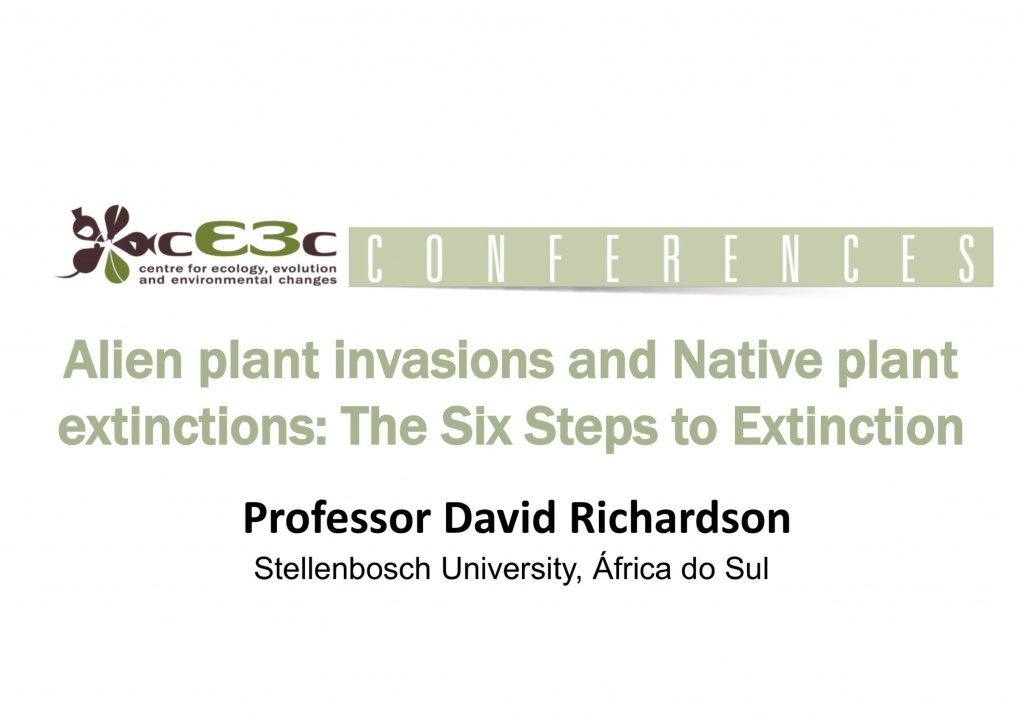 Biological invasions are widely acknowledged as a major threat to global biodiversity. Species from all major taxonomic groups have become invasive. The range of impacts of invasive taxa and the overall magnitude of the threat is increasing. Plants comprise the biggest and best-studied group of invasive species. There is a growing debate, however, regarding the nature of the alien plant threat, in particular whether the outcome is likely to be the widespread extinction of native plant species. The debate has raised questions on whether the threat posed by invasive plants to native plants has been overstated. This presentation outlines a conceptual framework to guide discussion on this topic, in which the threat posed by invasive plants is considered in the context of a progression from no impact through to extinction. Six thresholds along the “extinction trajectory” are defined, global extinction being the final threshold. There are no documented examples of either “in the wild” or global extinctions of native plants that are attributable solely to plant invasions, but there is abundant evidence that native plants have crossed or breached other thresholds along the extinction trajectory due to the impacts associated with plant invasions. Several factors may be masking where native species are on the trajectory; these include a lack of appropriate data to accurately map the position of species on the trajectory, the timeframe required to definitively state that extinctions have occurred, and management interventions. Such interventions are likely to alter the extinction trajectory of some species. The critical issue for conservation managers is the trend, because interventions must be implemented before extinctions occur. The lack of evidence for extinctions attributable to plant invasions does not mean we should disregard the broader threat.

David Richardson, Distinguished Professor, is the Director at the CIB, Centre for Invasion Biology, of University of Stellenbosh, South Africa. David Richardson's expertise is in invasion ecology and particularly alien tree invasions. He stepped down as Editor-in-Chief of Diversity and Distributions in 2015 after 19 years of service, and is a member of the IUCN Species Survival Specialist Group on Invasive Organisms.