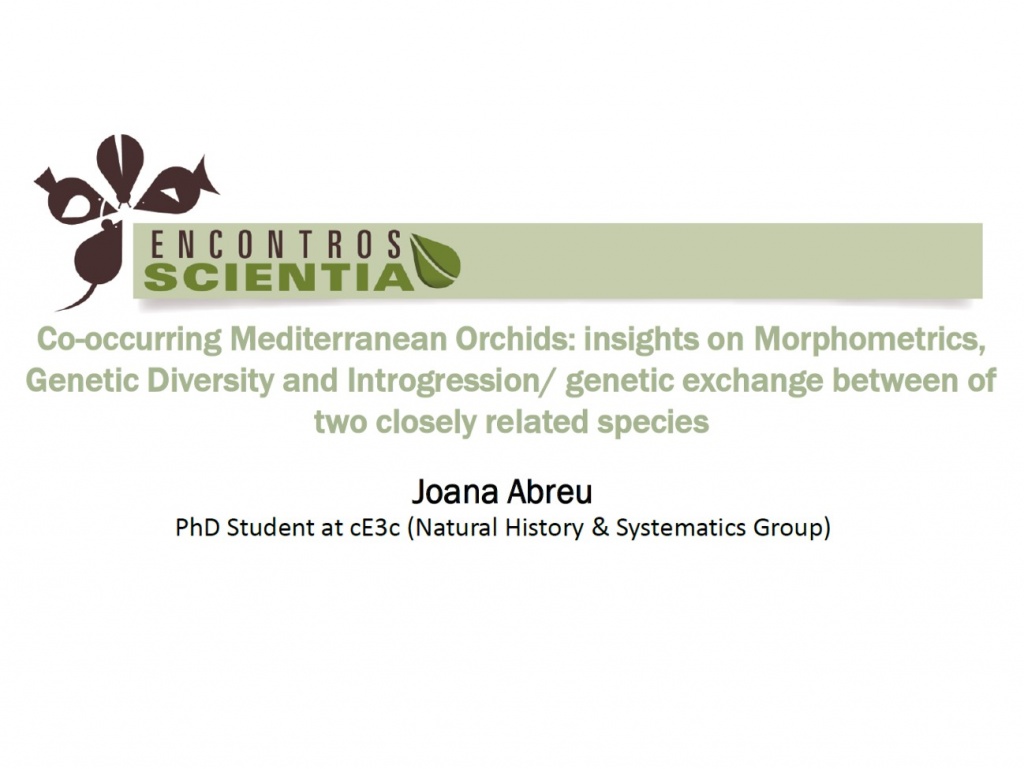 Hybridization is a phenomena extensively occurring among orchids, being largely documented. Namely within the genus Ophrys (subtribe Orchidinae, tribe Orchideae, subfamily Orchidoideae), the “bee orchids”.  It is not infrequent to find plants of mixed morphology resembling both parental species, what turns taxonomic work into a difficult task. Like several other plants, they defy the species concept. Figures vary from 19 species and 65 subspecies (Pederson and Faurholdt 2007) to 251 species (Delforge 2002), also a consequence of the huge variability of floral morphology, that might be partitioned in discrete entities when geographically circumscribed and supposedly with a specific pollinator, or grouped in morphologically broader species when gene flow is thought to occur and a more inclusive concept of species is used.

Our target plants, Ophrys dyris Maireand Ophrys fusca Linkhave similar morphological characters and are frequently misidentified in the field. Populations of the two taxa occur in sympatry, and supposedly hybridizing populations of the species O. fusca/O. dyris are known to occur in nature. Furthermore, the two taxa have locally overlapping flowering times. In Portugal these species overlap in at least three regions: Aire and Candeeiros mountains, Arrábida and Algarve.

The work presented aims to understand which morphological characters allow us to better characterize the plants studied, verify if there are specific morphological traits associated to seed set, and determine to what extent is gene flow happening, within and between species. Three different approaches were considered: morphometric and phenological data, microsatellites as molecular markers, and cytogenetics.

This conference will be broadcasted live via videoconference to the cE3c poles in Angra do Heroísmo - Azores (room PUrze 1) and Ponta Delgada – Azores (room SInf2). (-1h compared to Lisbon time).