Seminar ’Caves and Karst: Their Importance to Science and the World’: January 26, 8:30pm (WET), online 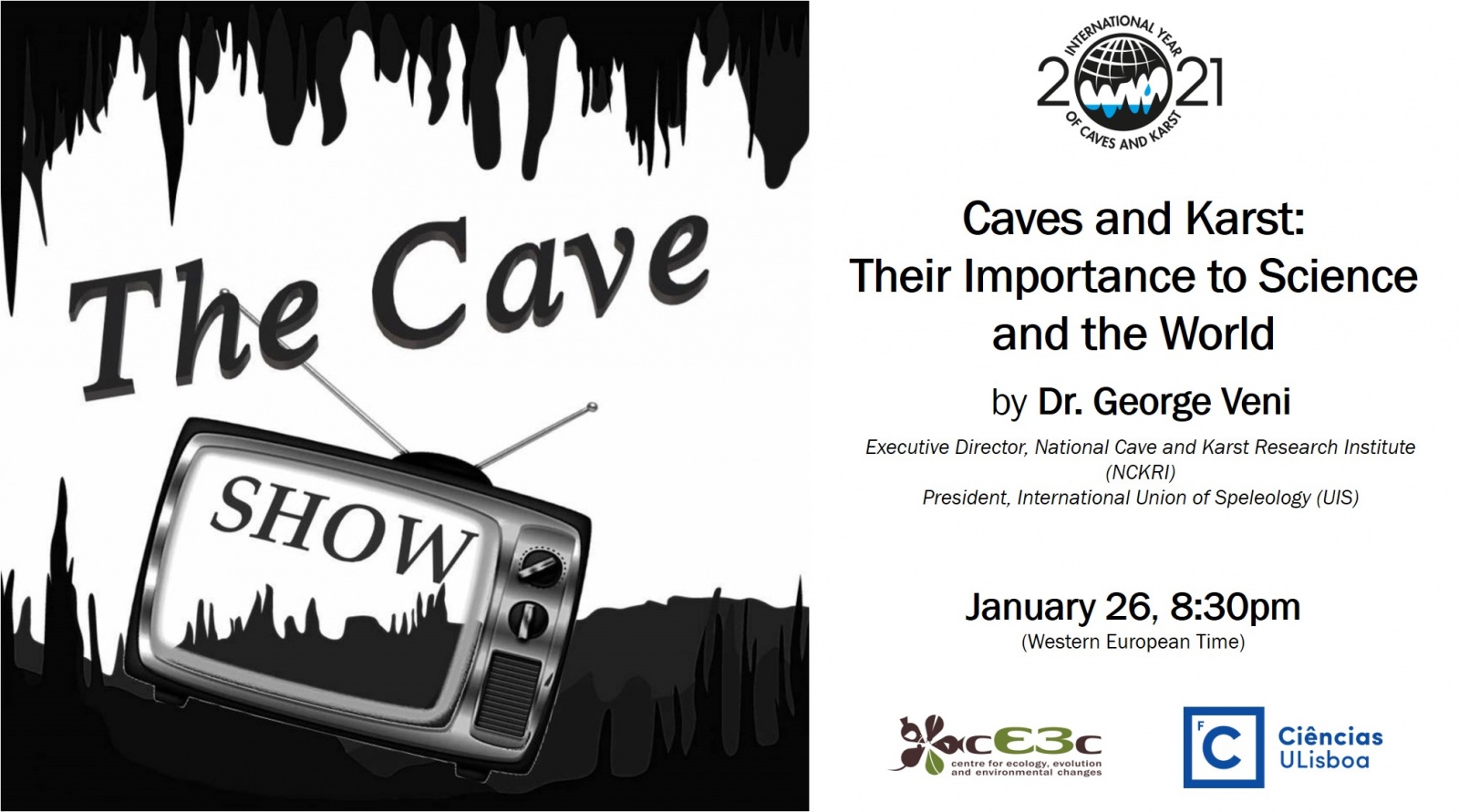 2021 is the International Year of Caves and Karst, and we are happy to offer a series of (online) seminars about cave science. Join the “The Cave Show” from your own home.

Our first talk took place Tuesday, January 26, at 8:30pm (WET) about Caves and Karst: Their Importance to Science and the World, by Dr. George Veni, Executive Director, National Cave and Karst Research Institute (NCKRI) and President of the International Union of Speleology (UIS).

Caves are holes in the Earth. Karst is a strange word many people do not understand. This year the world is celebrating the International Year of Caves and Karst because of the many scientific and daily benefits caves and karst give to humanity. This lecture will demonstrate these benefits with photos from caves around the world, but it will also describe the many problems that occur from living in karst. Join us to learn about the hidden 20% of the world, and how it affects you.

Dr. George Veni is the Executive Director of the National Cave and Karst Research Institute (NCKRI) and an internationally recognized hydrogeologist specializing in caves and karst terrains. He received his Master’s degree from Western Kentucky University in 1985 and his Ph.D. from the Pennsylvania State University in 1994. Prior to NCKRI, he owned and served as principal investigator of George Veni and Associates for more than 20 years. He has also conducted extensive karst research throughout the United States and in several other countries. He has chaired 16 international and multidisciplinary karst conferences, been a member of the governing board of the International Union of Speleology since 2002, serving as its Vice President of Administration for 8 years and as its President since 2017. He has served as a doctoral committee advisor for geological, geographical, and biological dissertations at three US universities and one in Greece, taught karst geoscience courses as an adjunct professor for Western Kentucky University for 12 years, and taught karst science and management workshops internationally for NCKRI since 2011. Three cave-dwelling species have been named in his honor. He has published and presented over 260 papers, including six books, on hydrogeology, biology, and environmental management in karst terrains.

“The Cave Show” is a series of (online) seminars about why are caves important, why it is important to study and protect caves, but also about our passion for caves, which drive much of our research activities. It is included in the celebrations of the International Year of Caves and Karst. Stay tuned to know about the next Cave Show seminars!