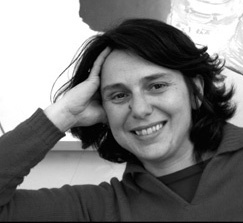 H Index of Web of Science 23

I received my PhD in plant-arthropod interactions from the University of Amsterdam in 2004, where I was supervised by Maurice Sabelis and Arne Janssen. I then moved to the University of Montpellier for a post-doc with Isabelle Olivieri on experimental evolution of mites on plants, testing the evolution of specialization. My second post-doc was at the Gulbenkian Science Institute with Isabel Gordo, again on experimental evolution but with bacteria, aiming at testing whether compensatory mutations followed Fisher’s model.

In 2008, I became an FCT investigator, leading the ‘adaptation in heterogeneous environments’ sub-group, also known as ‘the mighty mite squad’, which is located within Evolutionary Ecology, a group of cE3c. I am also Assistant Professor at FCUL since 2015.

We use herbivorous spider mites to address several issues that lie at the intersection between Ecology and Evolution, namely: (a) Host-parasite interactions, in which mites are either the parasite that infests plants or are parasitized by endosymbionts such as Wolbachia and (b) Mating strategies of spider mites, the consequences thereof, and the mechanism underlying them. More details can be found in the main page of the group.

I also collaborate with some old friends on issues of common interest, namely with the aim of reaching out to Biological Control (see the list of collaborators). Moreover, I contribute to the scientific community as a whole through several means, the most relevant being belonging to the editorial board of The American Naturalist, Oikos and Journal of Evolutionary Biology, and being council member of the European Society of Evolutionary Biology (ESEB).

Zélé, F., Altıntas, M., Santos, I., Cakmak, I. & Magalhães, S. (2020) Population-specific effect of Wolbachia on the cost of fungal infection in spider mites.