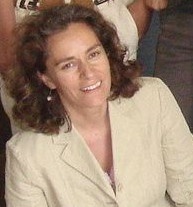 H Index of Web of Science 6

I received a Ph.D. in Molecular Biology from the University of Lisbon in 2001, working in molecular systematics with a group of plants of weak species borders, co-supervised by Mike Fay and Mark Chase (RBGKew).

My research has been focused in threatened plant species genetics, gene flow and fragmented populations. I addressed plant hybridization and speciation of closely related species, particularly in sexually deceptive orchids – Ophrys spp. in relation to its pollinators. In my research I have been using molecular tools to determine genetic diversity in plants and its relation with adaptation and evolution, but I am also interested in pollinators, and to study adaptation and environmental changes in other organisms. With the powerful genomic technology, we can study adaptive genetic variation of species or populations and correlate allele frequencies with environment factors, thus linking genes to systems resilience.