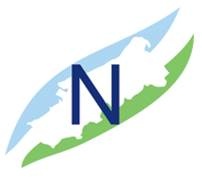 
For nearly a century mankind had caused unprecedented changes to the nitrogen cycle by more than doubling the transformation of non-reactive atmospheric di-nitrogen (N2) into reactive nitrogen (Nr) forms, which cascade through the environment. From this problem, five key issues have been identified by the European Nitrogen Assessment: i) Water quality, ii) Air quality, iii) Greenhouse gases, iv) Ecosystems and biodiversity and v) Soil quality (WAGES concept).

NitroPortugal will provide training of the Portuguese partners in the five topics of the WAGES approach. It will raise the S&T staff skills and scientific productivity of the partners to create a cohesive and comprehensive knowledge working group. The Key Training Elements can be summarized as: