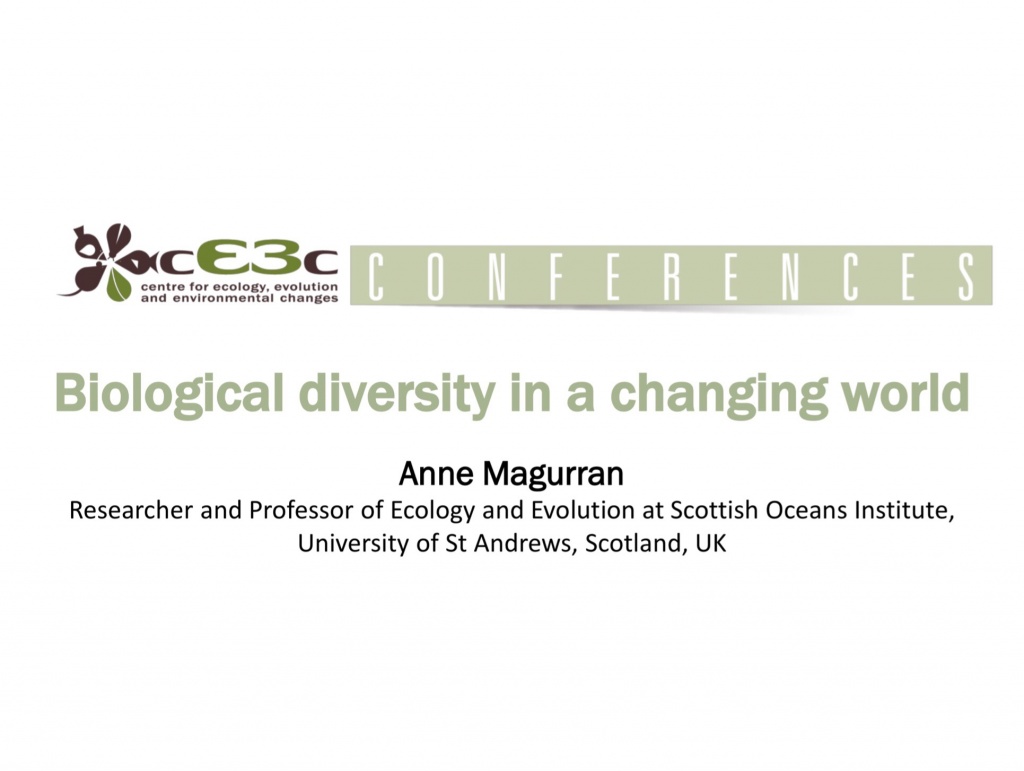 Biological diversity in a changing world

Human population growth, combined with economic development, is placing unprecedented pressures on world's ecosystems. This has led to grave concern about the fate of global biodiversity, and its ability to sustain the ecosystem services on which we all depend. As Charles Darwin first pointed out, ecological communities are not static, but instead undergo continual rearrangements of species identity and abundances. Until recently there have been relatively few attempts to quantify how natural systems are changing through time, and to what extent the changes we are seeing in the contemporary world exceed the baseline reorganization that Darwin noted. In this talk I will argue that temporal β diversity (temporal turnover in species composition) remains an underappreciated of biodiversity change. I will draw on recent work, including the BioTIME database (biotime.st-andrews.ac.uk) and targeted sampling of freshwater assemblages on the Caribbean island of Trinidad, to examine biodiversity change in the two dimensions of community structure - temporal a diversity and temporal b diversity. These analyses reveal interesting and sometimes unexpected patterns, and I will emphasise the important challenge of understanding the causes and consequences of biodiversity change.