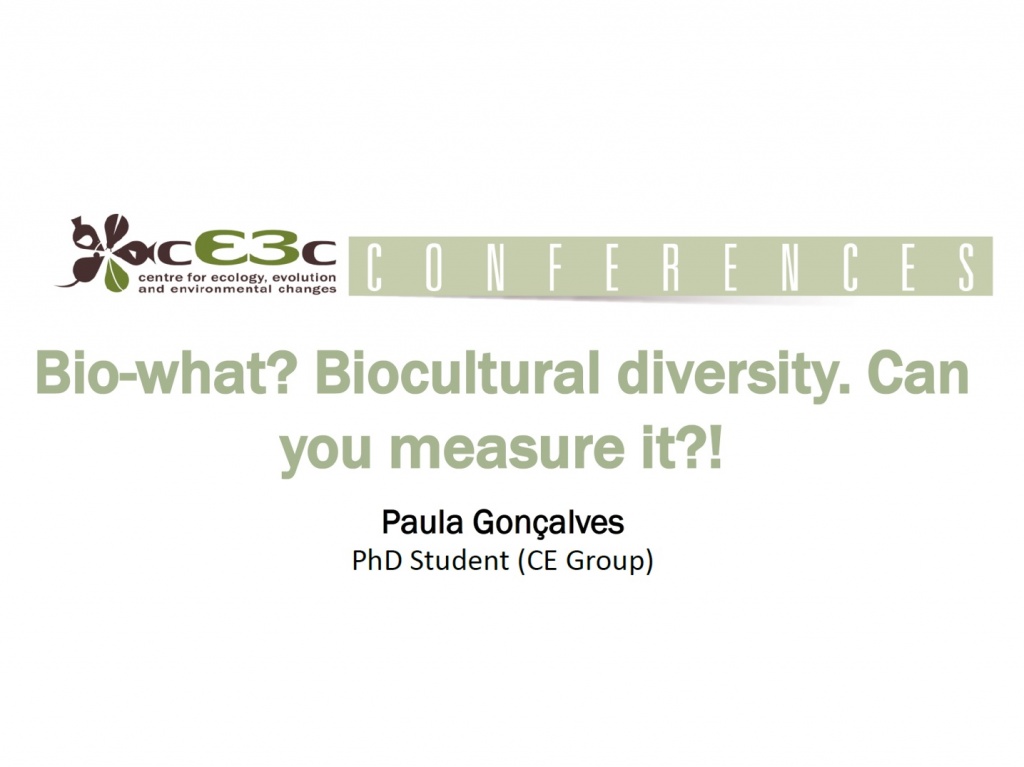 The biocultural diversity concept has first emerged for studying the interrelationships between nature and culture in indigenous and traditional groups in developing countries and reflects the ‘inextricable link between biological and cultural diversity’ and its role for their livelihood systems and nature conservation in those areas. In developed countries the interaction between nature and culture has been extensively studied in rural areas, where long-term human intervention has shaped the landscape to create the so-called biocultural landscapes. In urban areas, where nature is often restricted to human-produced and managed greenspaces, the concept of biocultural diversity (BCD) still does not attract much attention, although being recognized the need to understand such linkages in complex socio-ecological systems. With the global growth of urban population, cities face increasing challenges, as climate change adaptation or environmental justice and social cohesion, and urban greenspaces play a crucial role in its ecological and social resilience. Informed urban planning is therefore a priority and BCD assessment may offer an important contribution. We have developed a set of indicator-based criteria that try to capture as much possible the interlinkages between biological and cultural diversity and its manifestations, to be used as a support decision tool for policy and decision-makers.

We will provide an overview of the biocultural diversity concept, the criteria chosen to assess it and the preliminary results of its assessment in twelve urban parks in Lisbon.