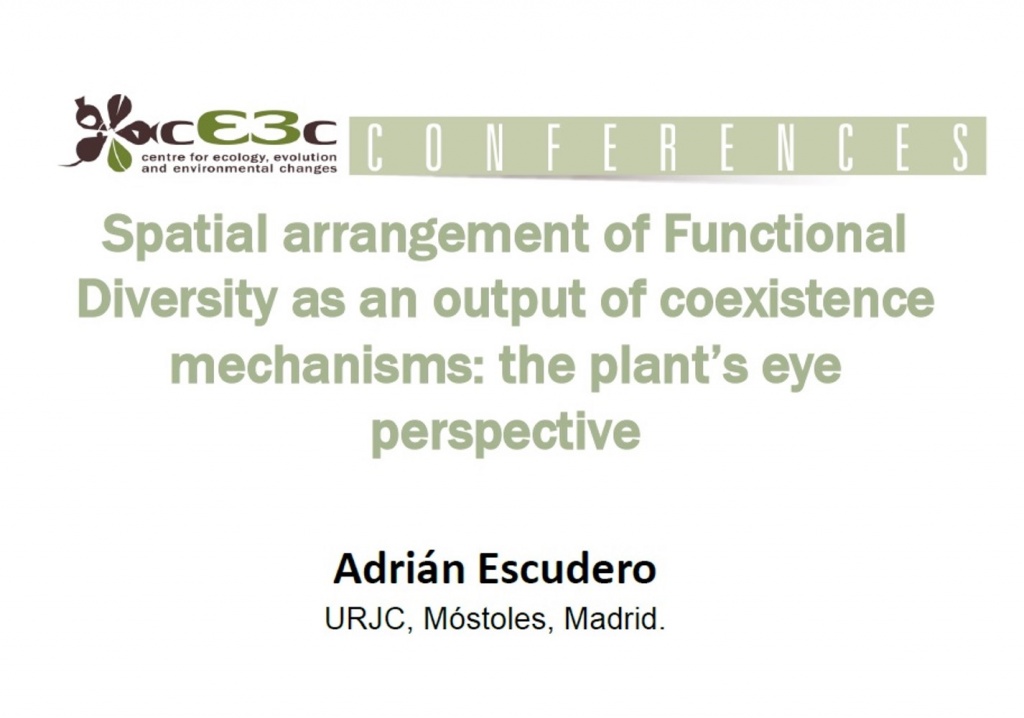 Spatial arrangement of Functional Diversity as an output of coexistence mechanisms: the plant´s eye perspective

Most of the efforts done for achieving a unified Theory of Diversity has failed probably because the fact that description of biodiversity and governing mechanisms is deeply based on the accumulation of taxonomic information. Unfortunately such information assumes that all species are evolutionary independent and ecologically similar which is clearly difficult to sustain. Emergence of Trait Based Community Ecology and Phylogenetic Community Ecology has helped to move forward.

However discrepancies when several spatial and temporal scales have been considered are also the norm. In order to solve these difficulties we have proposed the explicit inclusion of point pattern analyses techniques in the toolbox of community ecologists. We have also developed a panoplia of new spatial functions, and null models for testing expected spatial and temporal arrangements around individuals in relation to sound biological processes such as dispersal conditionants, microhabitat requirements and competition/facilitation and covering a wide spectrum of scales. 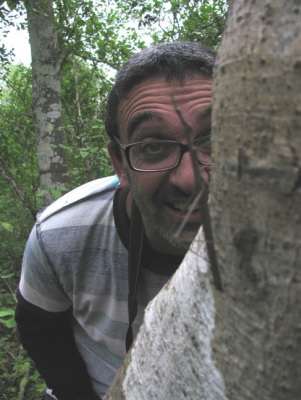 Adrián Escudero is Full Professor at King Juan Carlos University in the area of Biodiversity and Conservation, at the Department of Biology, Geology, Physics and Inorganic Chemistry. His research focuses on Ecology of communities and Theory of Coexistence, conservation biology and Ecology of extreme habitats. Adrián Escudero has co-authored over 200 peer-reviewed publications and has supervised over 20 doctoral thesis in the last 10 years.