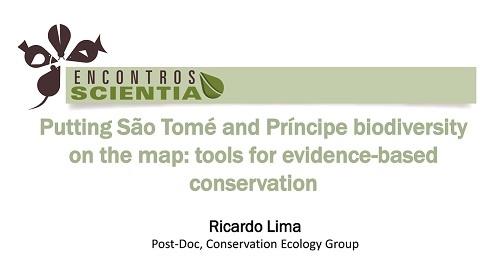 Putting São Tomé and Príncipe biodiversity on the map: tools for evidence-based conservation

São Tomé and Príncipe are hotspots of endemism, holding a remarkable number of unique species in just 1001 km2. Much of their biodiversity remains little studied, with new species of fauna and flora being described every year. Much of their biodiversity is also threatened by a fast growing human population. The poor understanding of the islands' forest ecosystems represents a major challenge for their conservation. Recent forest surveys have greatly improved our understanding of the islands' ecology, namely in terms of species distribution and conservation status. I will present the results of these surveys, showing examples from key taxonomic groups and focusing on the work that has been done with the four critically endangered birds, which are being used as flagship species for the conservation of São Tomé and Príncipe's endemic-rich forest ecosystems.