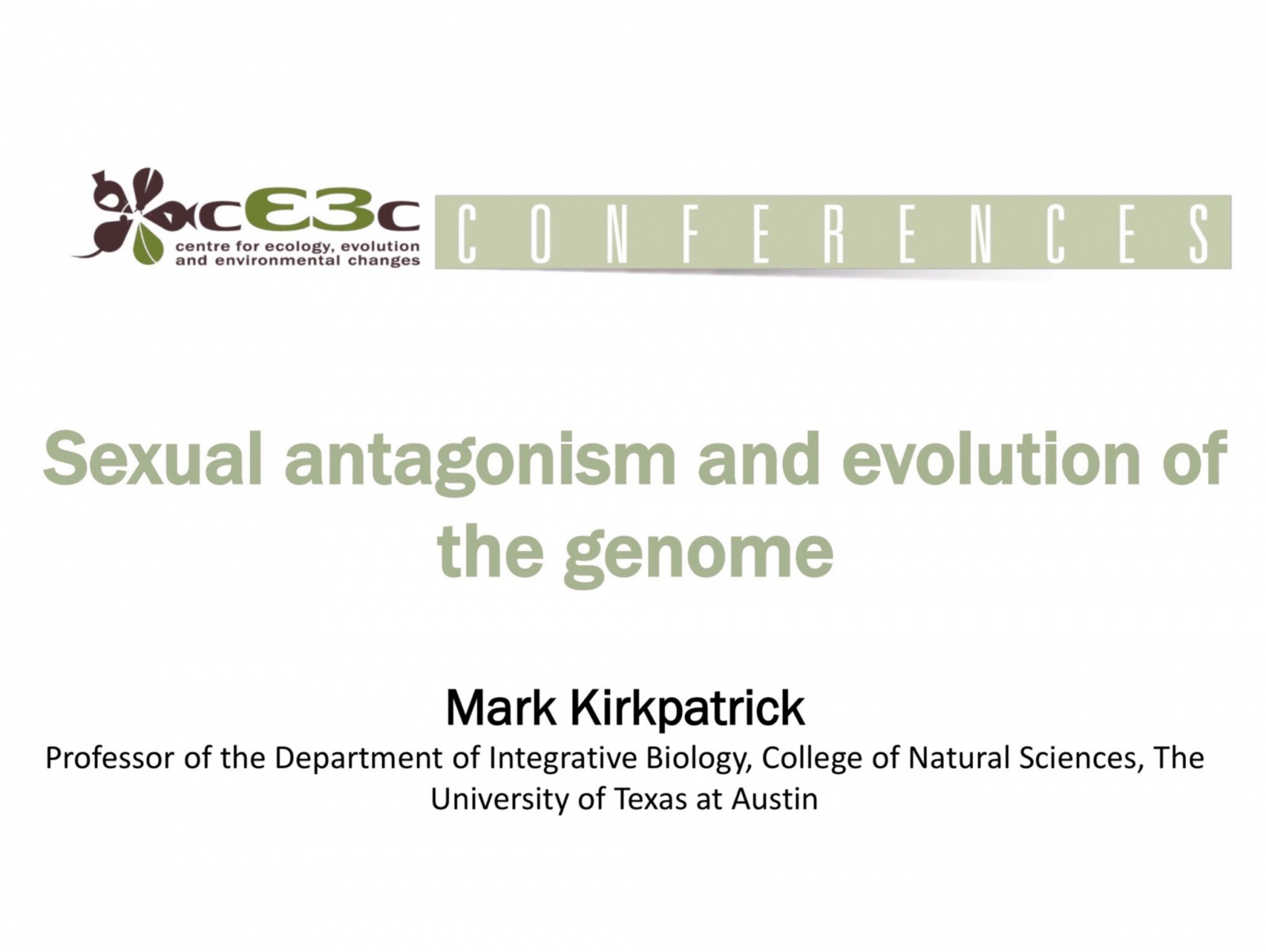 Sexual antagonism and evolution of the genome

Professor of the Department of Integrative Biology, College of Natural Sciences, The University of Texas at Austin

Differences between males and females are found in virtually every aspect of an organism.  One that have gotten little notice is recombination.  We find there are consistent differences between the sexes in patterns of recombination, and suggest hypotheses for how those patterns might evolve.  Sexually antagonistic selection is one of the key forces, and our analyses of selection on the genomes of humans and fishes show it is widespread.  Sex differences in recombination are particularly dramatic on the sex chromosomes.  We find two new evolutionary pathways for these differences to evolve:  rearrangements between sex chromosomes and autosomes, and the introgression of a new sex chromosome by hybridization with another species.