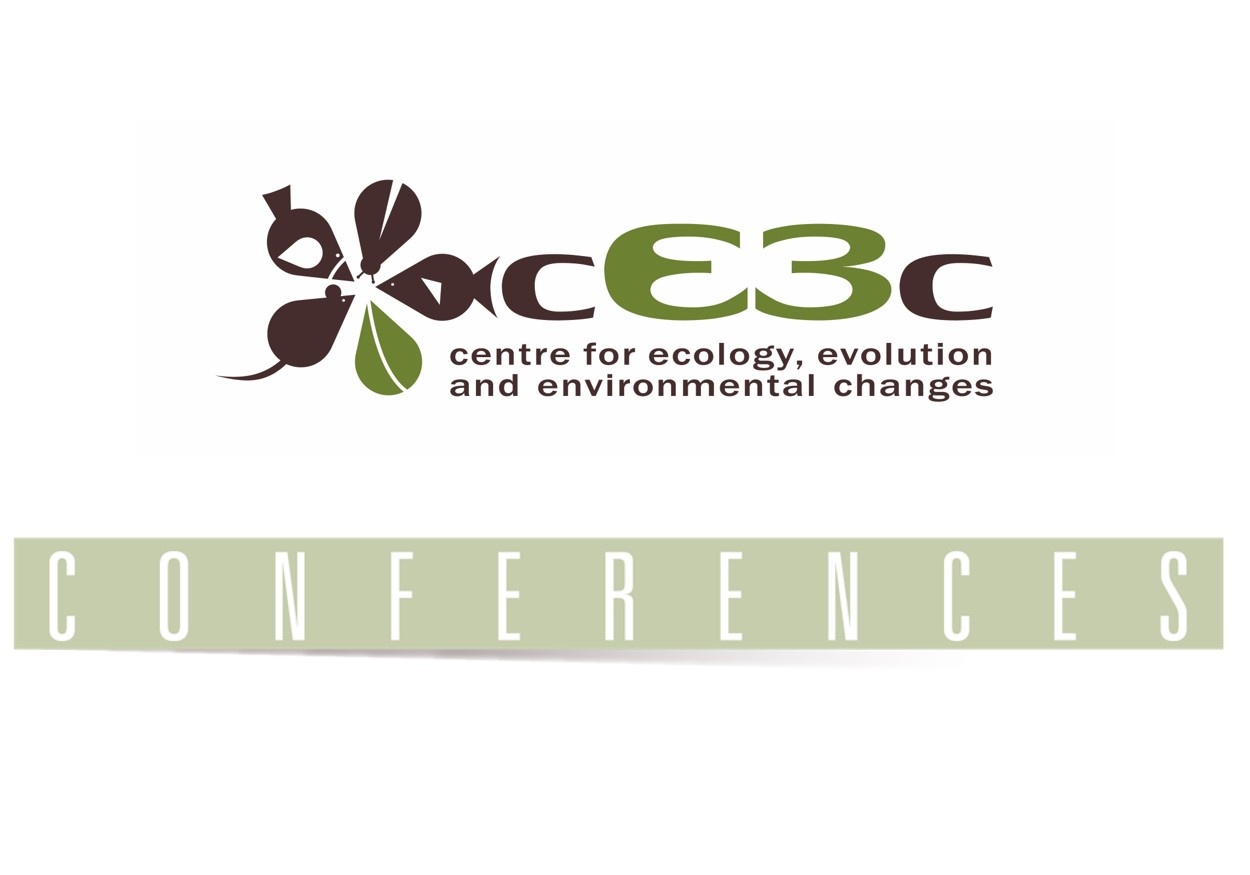 We call your attention to the three cE3c Conferences that will take place on March 19, March 20 and March 25, respectively, with corresponding abstracts below:

Island ecosystems are unique in their biodiversity, evolutionary constraints, and vulnerability to environmental changes. Analysing patterns of diversity between different groups of organisms based on multi-taxon inventories are expected to improve our knowledge of the biogeography, evolution, and ecology of island ecosystems. During expeditions to Mount Kinabalu (Sabah, East Malaysia) in 2012 and Saint Eustatius (Caribbean Netherlands) in 2015, teams of researchers and students from Naturalis Biodiversity Center and collaborating institutions sampled vascular and non-vascular plants, fungi, vertebrate and invertebrate groups for comparative biodiversity analyses. While the Borneo project investigated the evolutionary routes to endemism based on dated molecular phylogenies and biogeographic analyses, the main aims of the St. Eustatius study are to compare patterns of species diversity on a small tropical island, and to infer which taxonomic groups can stand as surrogates for others in conservation assessment. This presentation will give an overview of the multi-taxon sampling approach, DNA barcoding and cyberdiversity-based inventory of megadiverse taxa, and results of comparative biodiversity analyses, focusing on the St. Eustatius study.

Dr. Michael Stech is a researcher of the research group Biodiversity Discovery at Naturalis Biodiversity Center. As a bryologist, he studies species delimitations, systematic relationships and biogeographic patterns in mosses and liverworts, in particular in the polar regions, Atlantic islands and the Neotropics. Her furthermore contributes to broader research topics of Naturalis and collaborating institutions, such as biodiversity inventories and genetic biomonitoring.

Safeguarding functional forest ecosystems in a crowding and heating world

Policies across all scales of governance fail to prevent net loss of forest ecosystem functionality. A combination of several factors, including conflicting land use, policies promoting renewable energy, and overwhelming economic interests have contributed to weak forest legislation and policies, allowing for ongoing degradation, fragmentation and loss of forests. Impacts of climate change, which are unaddressed by forest policy further worsen the scenarios. The lack of fundamental scientific principles underscoring legislation and policy becomes manifest in the vague language used to frame management. Global reporting on the achievement of forest-related targets applies misleading metrics, e.g., related to simplistic parameters such as ‘forest area’ or ‘forests under certification’. Decision-makers delegate their responsibility for steering responsible consumption to market-based, voluntary certification systems. Ineffective certification regimes, often endorsed by major conservation NGOs, imply the risk of greenwashing unsustainable exploitation of forest ecosystems and associated loss of biodiversity. They could even act as a ‘societal narcotic’ that prevents a critical questioning of consumption patterns. The failure of regulations and the lack of effective voluntary schemes to conserve functional forest ecosystems prompt the call for an ecosystem-based advocacy for functional forests.

Professor Pierre Ibisch is a professor for Nature Conservation in Eberswalde University for Sustainable Development, Germany. He has a strong background in conservation and development in South America where he has lived and worked for about a decade. Former dean of the faculty of Forest and Environment and founding head of the international Masters programme Global Change Management (among others, teaching experience in biodiversity conservation, system theory, global change ecology, adaptation). After holding a research professorship for "Biodiversity conservation and natural resource management under global change", in 2015 he was awarded an extraordinary research professorship for "Ecosystem-based sustainable development". He is implementing research projects and consultancy work on the adaptation of conservation to climate/global change in Latin America, Asia and Europe. Ample publication experience, editor and author of a major textbook on biodiversity and conservation in Bolivia. Acting as advisor in various conservation and sustainability-related commissions. He was a member of the Board of Directors of the Society for Conservation Biology – Europe Section. He serves as vice chair of the board of Deutsche Umweltstiftung.

Ecologists have been investigating for decades the mechanisms that maintain the diversity of species within ecological communities. In particular, several functional traits and interactions with mutualists have been thought to promote the stabilizing effect of niche differences on population dynamics of competing species. These effects occur because higher intraspecific compared to interspecific competition limits species abundance when they are common yet buffer them again extinction when they are rare. Recent advances in coexistence theory have now the opportunity to rigorously evaluate such relationships by coupling experimental and observational approaches to species population models, and surprisingly, they are showing a much more complex mapping that previously thought. As an example, most of the plant functional traits widely measured in the literature does not provide a demographic signature of niche differences, instead, they promote competitive imbalances between species that lead to competitive exclusion. Only traits and phenotypic plasticity related to light and water use efficiency promote niche partitioning between species. In a similar fashion, multitrophic interactions that plant species establish with floral visitors are an equalising rather than a stabilizing, which promote species coexistence by decreasing the competitive ability of superior competitors and increase that of inferior competitors. Although the examples I will provide are mostly for plant species, the underlying ecological mechanisms are common to any taxa type, so I expect a fruitful discussion of how these ideas and experiments can be extended to other ecological systems.