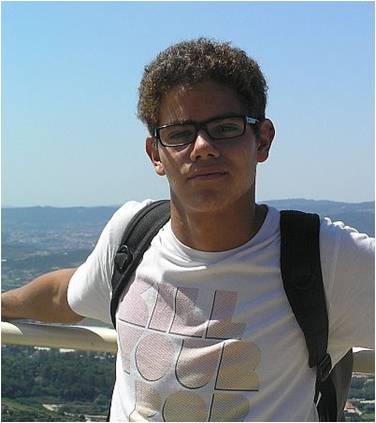 André Brás Gonçalves is pursuing a Ph.D. in Developmental Biology at the University of Lisbon which started in 2013 within the Development and Evolutionary Morphogenesis group of cE3c. His project “Organizing axial muscles: crosstalk between the myotome and myogenic precursor cells in constructing the muscles of the back”, is supervised by Dr. Sólveig Thorsteinsdóttir and Dr. Marianne Deries from the University of Lisbon. André Brás Gonçalves project aims are:

- Study how the extracellular matrix (ECM) and cell-ECM interactions influence cell differentiation and cell behaviour during development with particular emphasis on the morphogenesis of the axial musculoskeletal system in the mouse embryo.

- Assess in what way the embryonic myotome influences the morphogenesis of axial skeletal muscle in the mouse.

- Use the information gained to hypothesize on how the development of back muscles of terrestrial vertebrates differ from the aquatic vertebrates.